Were You Unfairly Passed Over for Advancement at Work?

Taking action against violations of employment law is vital for ensuring a fair work environment and compensating individuals who were on the receiving end of illegal practices. Some forms of employer discrimination and harassment are frequently overlooked. For example, did you know that if you were unfairly passed over for a promotion, you could have grounds to file a claim against your employer? Employment discrimination lawyers in Kansas City, Missouri can help you stand up for your rights. 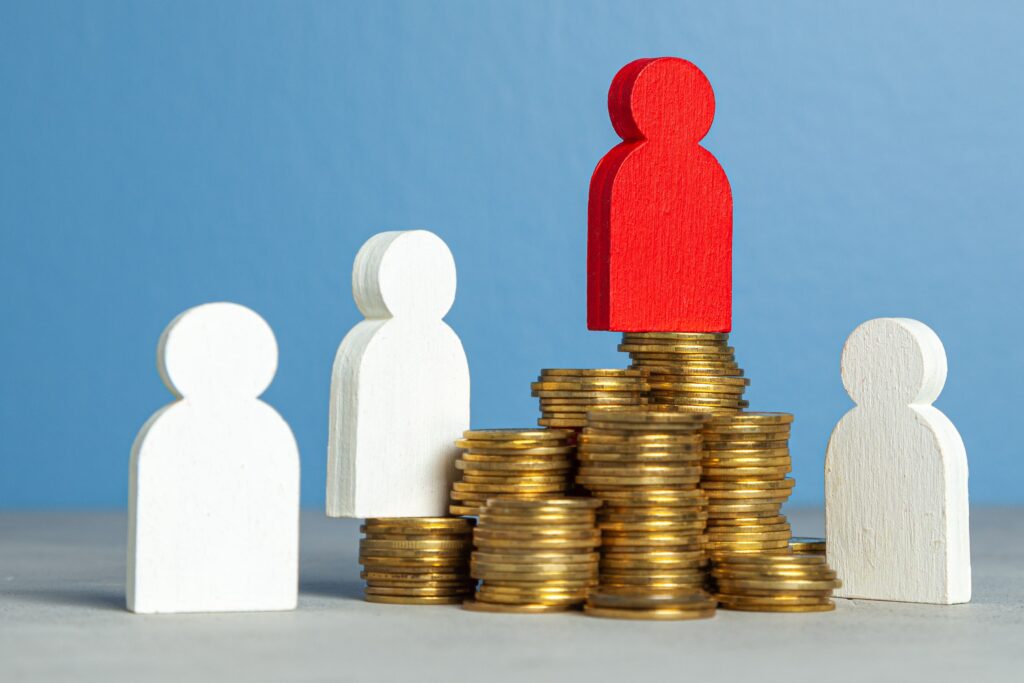 Were You Unfairly Passed Over for Advancement at Work?

While not every employee is qualified for a promotion every time they are eligible, there are some situations in which deliberately refusing someone an advancement they deserve violates employment law. Were you passed over even though the other candidates had less experience and fewer job skills? Do you feel that your employer was trying to intimidate you or punish you by withholding a promotion? Here are some situations in which passing over an employee is illegal:

In Missouri, both federal and state laws prohibit discrimination in the workplace. According to the Missouri Human Rights Act, it is illegal to treat workers unfairly based on:

Promoting less-qualified employees over others on the basis of one or more of these categories is a common way in which discrimination manifests itself in the workplace. Not only is discrimination highly illegal, it creates an unfair work environment, breeds frustration, and results in capable people being unable to fulfill their potential. Our team of discrimination lawyers in Kansas City have ample experience dealing with discrimination, and we will not hesitate to call it out and fight for your rights.

If you were passed over for a promotion based on your sex, you might have a discrimination case. However, the situation changes if your employer passed you over as part of a pattern of sexual harassment. The definition of sexual harassment at work includes unwanted attention of a sexual nature, requests for favors, inappropriate touching, and lewd comments. If your employer did not promote you because they are seeking to pressure you into tolerating sexual harassment, you have the right to sue for damages.

Employer retaliation is the illegal practice of taking adverse action against employees, usually for a refusal to tolerate employment law violations. If your employer withheld a promotion out of anger for a reason that had nothing to do with your ability to perform your job responsibilities, they retaliated against you.
Other forms of employer retaliation include firing, reducing job responsibilities, and lowering pay. If the employer decides to give false negative reviews of a former employee, the adverse action can even come after the position has been terminated. Employer retaliation frequently occurs in response to:

A “whistleblower” is a person who reports an employer’s illegal actions, safety violations in the workplace, or any other inappropriate conduct. The whistleblower is often not the victim of the abuse him or herself. For example, an employee might report witnessing discrimination or sexual harassment against another employee.

It is illegal to make employees feel uncomfortable for exercising their legal rights by retaliating after they have taken time for maternity leave, collected workers’ compensation, performed jury duty, or otherwise acted according to employment law. Unfortunately, employers often use retaliation to try to get the most out of their employees. Some employers have even been known to “punish” workers for things like taking the breaks they are entitled to or clocking out at the allowed time.

Refusing to Break the Law

If your employer asks you to do anything illegal while you are at work, you have the right to refuse. In fact, you have a legal obligation to reject the request. Any employer who attempts to punish you indirectly violates the law even further.

What Should You Do If You Were Unfairly Passed Over for a Promotion?

When you know you have worked hard for a company you thought you had the potential to grow with, being passed over can cause a lot of negative emotions. Take a moment to reflect on your true abilities and understand that the decision to pass over you may have had very little to do with your qualifications.
If your employer’s actions constitute discrimination, sexual harassment, or retaliation, the law is on your side. It’s time to speak with an employment discrimination lawyer in Kansas City and make a plan for moving forward.

Many people put up with illegal treatment at work because they are not aware of their rights. It’s your attorney’s job to keep you informed about all of your legal options. Our lawyers have extensive experience helping employees hold employers accountable to their employment agreements and to the law.

If you feel you have grounds for an employment law case, it is important to proceed as soon as possible. You have a limited amount of time to file a claim following the offense, and there are several steps in the process. For example, in the case of discrimination, you will need to report the issue to the Missouri Commission on Human Rights (MCHR) within 180 days. Regardless of the nature of your case, your employment discrimination lawyer can coach you through all of the things you need to do to pursue compensation.

Keep a Journal of Your Employer’s Actions

If your employer has denied you a promotion for the wrong reasons, chances are you are receiving other unfair treatment. Begin keeping a record of the incidents that occur between you and your employer at work. The information you note will help you when it comes time to develop a strategy with your employment discrimination attorney.

What Are Some of the Damages Can You Claim in an Employment Law Case?

You have invested considerable time and effort into building your career. When you find yourself stunted as a result of your employer’s illegal behavior, you have the right to demand compensation.

In the case of a firing, a demotion, or a passed-over promotion, claimants can seek to recover the amount of money they would have received had their employer acted fairly. The amount can include both past and future wages, as well as benefits.

Receiving unfair treatment at work can cause a lot of stress, from job insecurity to feelings of injustice. Because the value of emotional distress is subjective, a court will be instructed to assign it a reasonable amount based on the severity of the offense.

In the case of particularly egregious violations of employment law, a court may decide to impose punitive damages on the employer. These damages go beyond compensating the claimant and are used as a way to actively discourage the employer from acting wrongly in the future.

Employers are allowed to use discretion when hiring, firing, and promoting, but that does not give them the right to weaponize their decisions or act in ways that discriminate. If you feel that you were passed over for a promotion that you deserved, you have legal options. To speak with a Kansas City employment discrimination lawyer in Jackson County, Missouri, contact our team at Holman Schiavone, LLC.

Tell Us About Your Case.

Get A Free Consultation